“So many of our dreams at first seem impossible, then they seem improbable, and then, when we summon the will, they soon become inevitable.”
- Christopher Reeve
(Everything here WILL evolve and change.)

​This page describes high level details about the team, budget, schedule, and a few of our principles. If you'd like to participate in the film this is important stuff to know! How to contact the team and tell us about yourself is explained below.
​

"Welcome to Kittytown" has been created and sponsored by a few brave souls: We are rapidly augmenting this team with several roles such as Cinematographer, Assistant Director, Line Producer, and more.​ Contact us quickly to join the fun!

We are also looking for two more main character actors: ​

Low Budget Film Categories
We are actively looking for volunteers to help make this film.

The film has a $30k budget. This is not a lot of money to make a 75 minute film.
​
When you add up insurance, legal fees, minor advertising, equipment rentals, music licensing, film festival and distribution costs, catering and location costs, ~$10k of the budget remains to pay for cast and crew. We're keeping the cast small and most members of the crew will have multiple jobs, but we'll still have 20+ people involved and ~17 days of production shooting (the most expensive days).

If you are looking for a way to gain skills, mentor others, add compelling credits to your CV, make an enjoyable film for a large audience, and "get away from it all" while making a movie somewhere in Saskatchewan in September - this could be a wonderful project for you!

If you'd like to intern on a feature film and learn a ton about making movies - this is your chance.

(It will be like a group vacation - but where we're all working! Fun, right?!)

If you want to join this crew for the money, you'll want to think again.  If you have to ask about money because you need it to pay the bills, please find work elsewhere. Go pay the bills!

Seriously Though, What About the Money?
Okay, here's the deal. Every role will be paid based on two criteria:
Note: We are not paying people based on hours worked. We cannot afford to pay an hourly minimum wage on this project. If you need a job that pays minimum wage - please go focus on that. This film is not right for you. This is a "no budget" indie film seeking volunteers.

There are a handful of roles that we have designated a top business priority: Cinematographer, Assistant Director, Picture Editor, and Lead Camera Operator. These roles need experienced people for the film to be viable. As the highest priority roles with high levels of experience, they will make the most money. Which is still not much money.

Every other cast and crew role is open to people with less experience, who will earn less money. Some roles may earn $100, others $200 or even $300-$400 (remember: business need + experience) for their work on the entire film. People that can tackle more than one role capably can earn more money.

FYI: Our Director and Producer (Doug and Derick) are working for free while contributing money and equipment to the production. 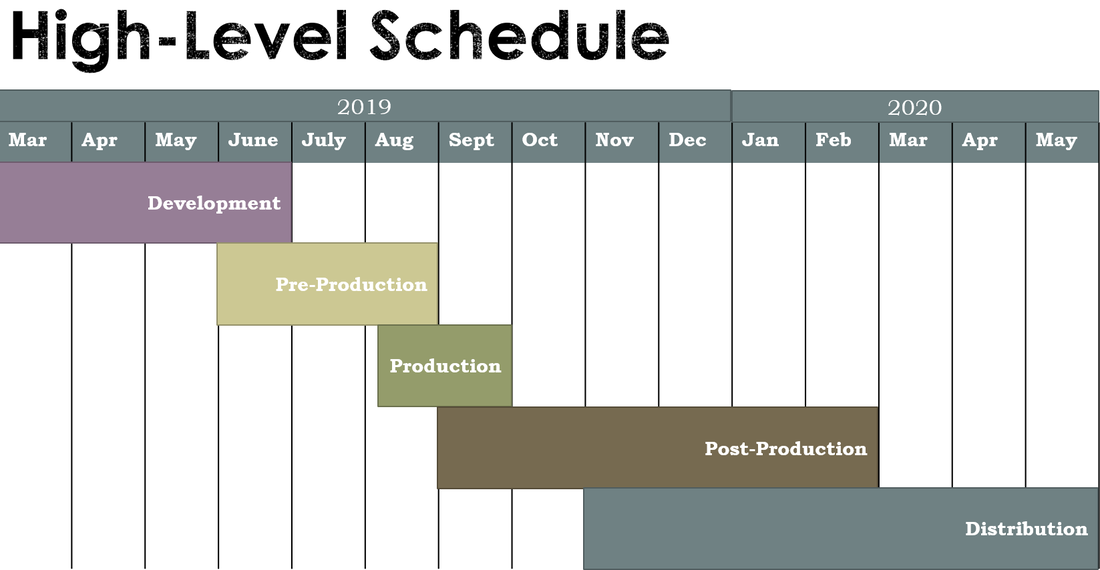 It takes a long time to make a movie
Development
The team is currently in Development, working on weekly script revisions with monthly feedback opportunities from script readers.

Pre-Production
Once the script is close to being locked down in June, the pre-production team will review it for planning/budget optimization purposes and then we'll finalize the script.

The team will then go through a "character building" exercise of doing detailed planning on exactly what every day during Production will look like, for every area of the team.

We'll have crucial conversations with every person in the cast and crew, ensuring that everyone understands the full expectations of the role. Teams will create open and closing checklists for their areas, to ensure we have a high-quality repeatable process during production.

Our artistic and related teams will be finding and creating props, costumes, set pieces, and other visual aspects of the film.

Technical roles will be getting familiar with their gear and the requirements of each scene, asking tons of questions to ensure they are fully prepared with the right equipment.

Production
We will shoot the majority of the film in a 17 day shoot on location (TBD) during September. During this time, cast and crew will be working long, 10 hour days. People may become stressed. We all need to be professional to keep things safe, fun, and productive.

Some people may want or need to leave in the middle of production, creating some chaos for the team.  Planning and preparation will help us with this. Our attitude and how we pull together as a team will ultimately be the most important thing.

Post-Production
Ideally, we will begin post-production activities during production. Ingesting and syncing audio, organizing all our media, and beginning rudimentary edits will happen while we're filming.

Visual effects work, credits, music and sound editing can all begin before production.

We're discussing establishing a shared team environment based on DaVinci Resolve to give us one place for picture editing, visual effects, basic sound editing, colorization, and rendering. Other tools will be used as well (such as Pro Tools), based on the skills we find in our volunteer community.

Have some ideas? Let us know!
​
Our goal is to have a highly collaborative post-production process that dramatically accelerates our delivery schedule while giving us total flexibility; even after post-production is complete.
​

From Reel to Deal by Dov S-S Simens
​
​Our driving principles:
The film industry in Saskatoon is still hurting from the Saskatchewan film cuts of years ago. Many experienced filmmakers left the province, chasing the biggest gigs.

Saskatoon has shown solid corporate and commercial success with non-fiction work through companies like Bamboo Shoots. This is awesome. Regina is a source of quality television shows and movies from companies like Minds Eye Entertainment and Wavelength Entertainment. This is wonderful.

We want to create a viable market for fiction/genre feature films and television here in Saskatoon -- delivering repeatable, high-quality results that attract bigger productions each year. Many thanks to Creative Saskatchewan for believing in our vision.

But... we're not there yet. We recognize we have a ways to go. We need to prove to the industry we have the skills to handle major films, right here in Saskatoon. We believe this film is an important step in that process, with bigger films to follow.

We'd love for you to join us in our quest!
“We don’t make movies to make money,
we make money to make more movies.”

Please complete this Google Form to let us know you are interested. 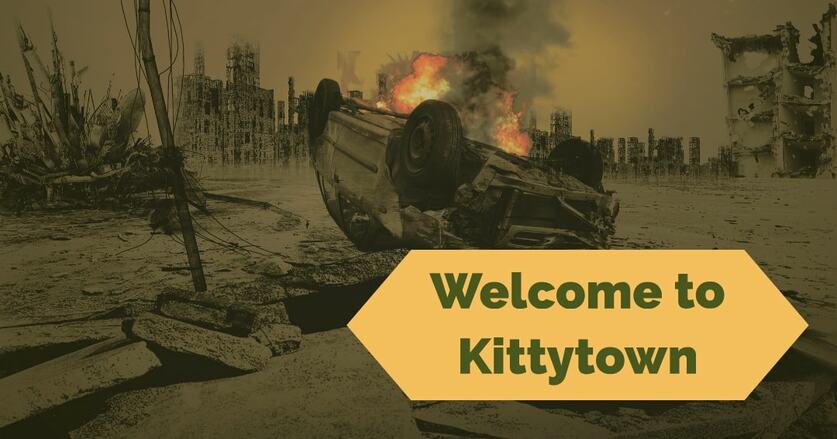